What’s better than running? Not a whole lot.

What’s better than running with a group of running-obsessed Portlanders, Britney Spears blasting on the speakers, while being simultaneously cheered on and honked at (in encouragement) by people and cars in the streets? Definitely, definitely nothing. Welcome to Nike Run Club. 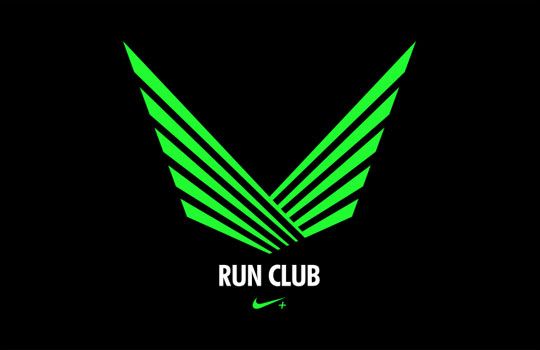 If you’re looking for some inspiration and motivation to get out there and hit the pavement, you’re in luck. The Portland chapter of Nike Run Club is open for business! 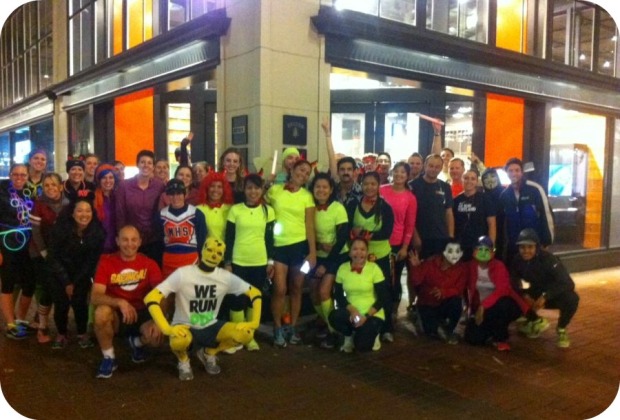 What’s makes running with a group so fantastic? It’s all about the synergy. Think back to high school physics.

syn·er·gy
ˈsinərjē/
noun
noun: synergy; plural noun: synergies; noun: synergism; plural noun: synergisms
1. the interaction or cooperation of two or more organizations, substances, or other agents to produce a combined effect greater than the sum of their separate effects.
That’s right: with the perfect mixture of friendly, fun energy and a fantastic group of runners, we accomplish more than each of us would on our own. 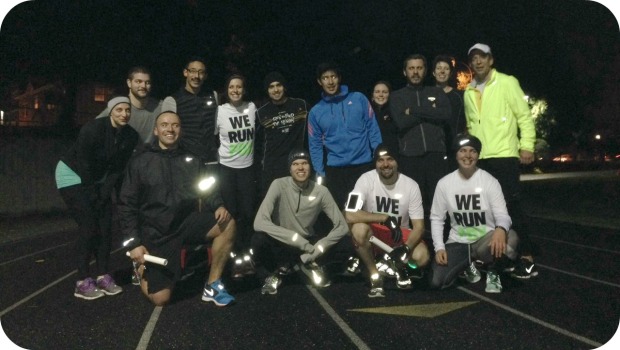 Running with a group is one of the best ways to pump up your pace and endurance.  While I do love running solo, sometimes I need to push myself with some healthy competition! Running up the OHSU hill would never have happened without Run Club. It’s hard to focus on mileage and the respiratory taxation of running when you have an overwhelming amount of positive energy circling around the group. I have succeeded in introducing four of my friends to Run Club, and the feedback has been overwhelmingly positive. That’s cause it’s fun, y’all. On run club nights, we run the city like we own it.
Not to mention, we get to run in one of the most beautiful and fun cities in the world. 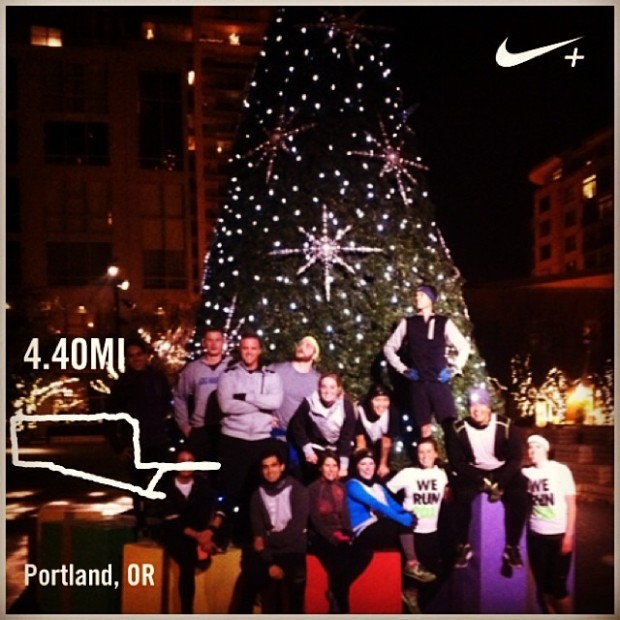 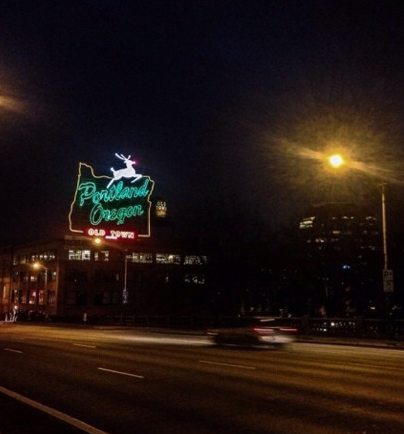 (credit: fillupp’s instagram)
If you live in Portland, come run with us! It’s free, and all levels are welcome! All you need to bring is a smile and some shoes. If you don’t like your shoes, you can take the Nike store’s currently featured kicks on a test run. Nike lends out the latest gear for user testing as well, like its new sport watch. If fear about your pace is keeping you from joining us, stop right there! At least three Nike employee pacers come with us and make sure no one is ever left behind.
Bonus points if you have the Nike Run+ app on your phone to track mileage (it’s free), and an Instagram account to tag our runs! Nike will donate a set amount of money per mile to a selected charity. Remember to hashtag #werunpdx! 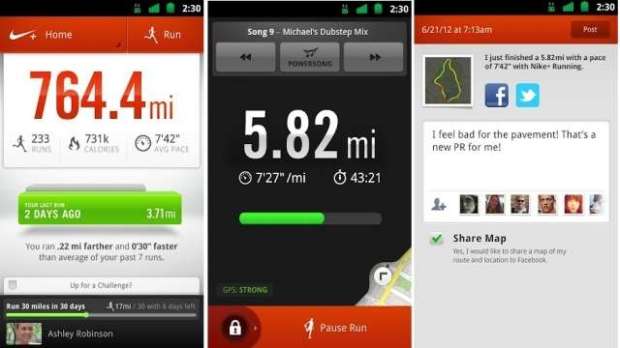 Meet up at the Nike store downtown on Mondays and Wednesdays at 6:30 pm. Monday runs break into groups planning to run 3, 5 or 7+ miles. The Wednesday run will usually be a themed fun-run between 3 and 5 miles, planned by one of the Nike employees. Last night, our art-themed route had us running to some of Portland’s iconic sculpture stops, where we did some quick strength training moves before continuing on. 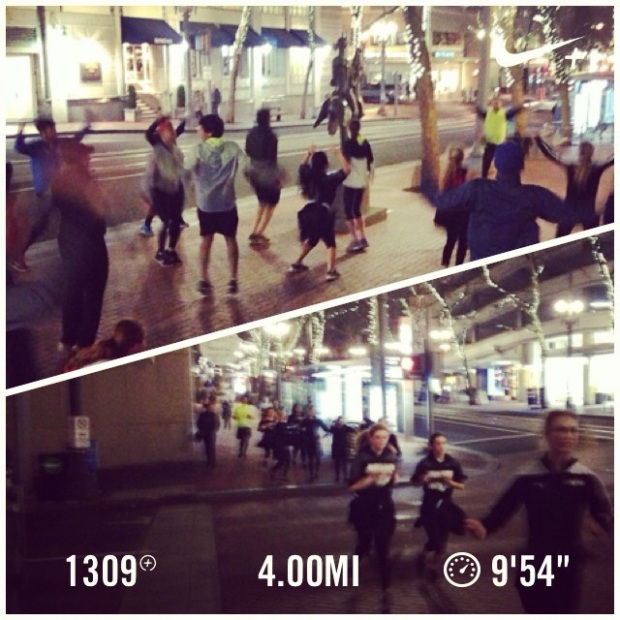 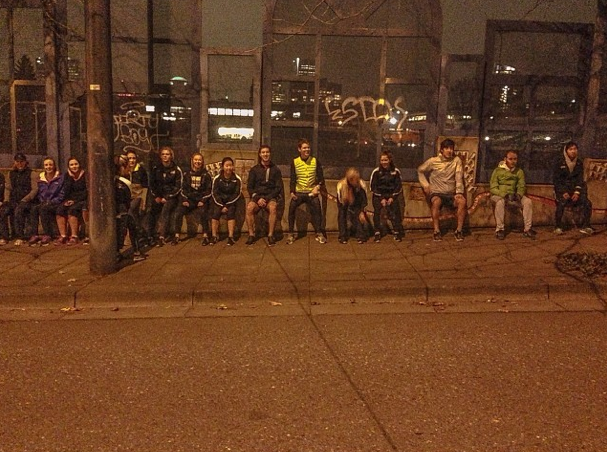 credit: (fillupp’s instagram)
Wall sits: par for the course.
You’ll also get the inside scoop on larger runs coming up. For example, Nike’s We Run the Night Flash Run on December 21st hosted hundreds of runners on a four mile route through Portland to celebrate the longest night of the year. I’ve never seen so many glow lights in my life. We were treated to a pit stop inside the Jeld-Wen stadium for some personal trainer-led strength training, and a fireworks show inside the stadium! Since it coincided with Santacon, we were cheered on by about 200 intoxicated Santas, but kept on course with the help of a bona fide marching band. What can I say? If you weren’t there, you weren’t there.
Needless to say, if you ever needed a boost of pure adrenaline with some of the best people in this city, run club is for you.
But apart from the mileage, the hashtagging, and the training, I love Run Club because it helps me to get out there and be active within my community. Between the expertly crafted playlists pumping through the city air and the friendly chatter to be had with new friends, running this city is a total blast and never fails to lift my spirits.
Just remember: if you can walk, you can run. If you can run, you are a runner. So what are you waiting for? Just do it. 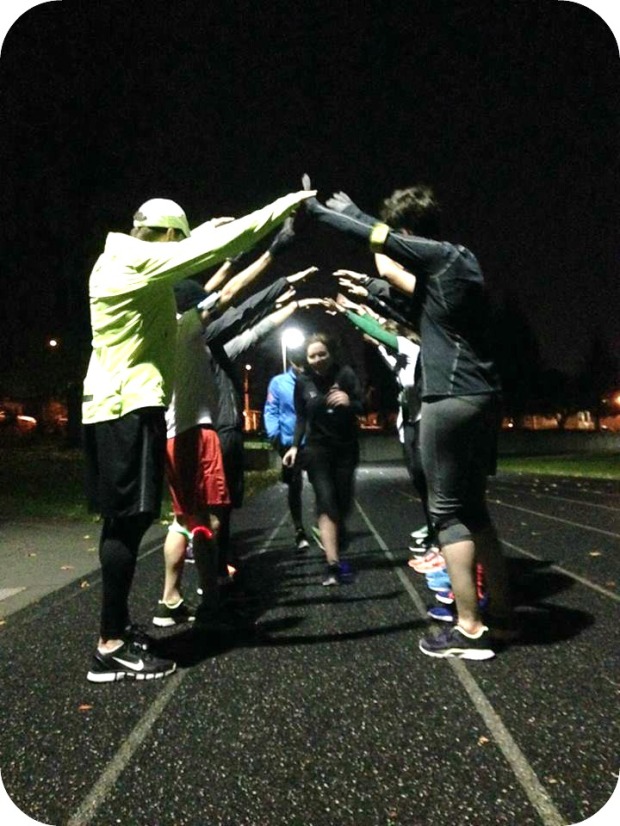 (for more fantastic pictures updated by a Nike pacer himself, visit http://phillipmatos.com/)

It seems like everywhere I look, I see runners. Women, men, kids (at my last event, I might have been nearly outrun by a child of no more than ten), teenagers, old dudes, groups and independent trotters, all out in the heat and cold, rain and sun. And I’ll say it–there’s nothing like peer pressure to get you out there and running.

I usually run on the Willamette River Waterfront Park, which, aside from being flat and open, gives me a stunning view of the bridges in Portland and is simply gorgeous at any time of the day or night. You can run all the way down to the OHSU tram, or cross the Steel Bridge to the east side and run towards Sellwood.

But sometimes it’s nice to get out of the sun and reconnect with nature. Since our temperatures have been reaching the 80s recently, being under tree cover is also easier on the eyes and skin (but don’t forget to spend your 15 minutes outside to get some vitamin D!). Portland’s extensive Forest Park runs up and down the west side of town. It’s only two miles from where I live, and the trails cover over 70 miles! That’s a lot of running. I hit the Wildwood trail — it’s probably the most popular out of all of them, but at 4 pm on a Friday, I had the park nearly to myself.

Running in the forest is cool because you might find a slug that is bigger than your hand. 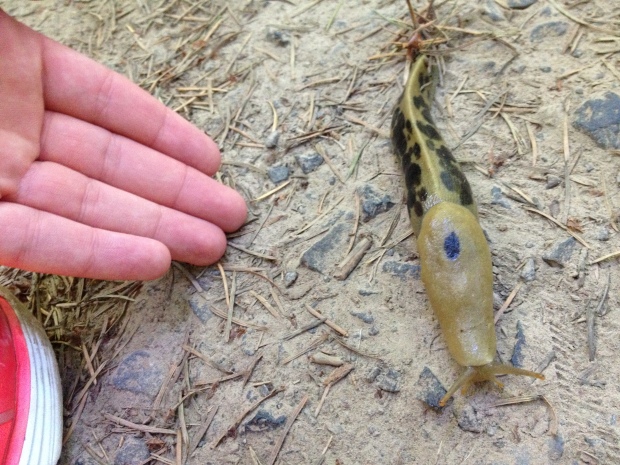 I also discovered that I’ve been doing it wrong — instead of maintaining a steady pace, it’s much easier to take advantage of the natural ebbing and flowing of a park trail. Sprinting the downhills and then using that momentum for the inclines was a much more efficient way to run the trail. And it was exhilarating to run that fast without worrying about other people being around. That’s because what I call running is, for me, mostly stumbling around.

Nevertheless, I highly encourage you all to check out your local park or forest and try a trail run. Bring water, watch out for rocks and roots, and be prepared for some delayed-onset muscle soreness (trail running works stability muscles that aren’t as necessary on a long, flat course). If you live in the Pacific Northwest, trail running will make you feel like you are living in Fern Gully: The Last Rainforest. 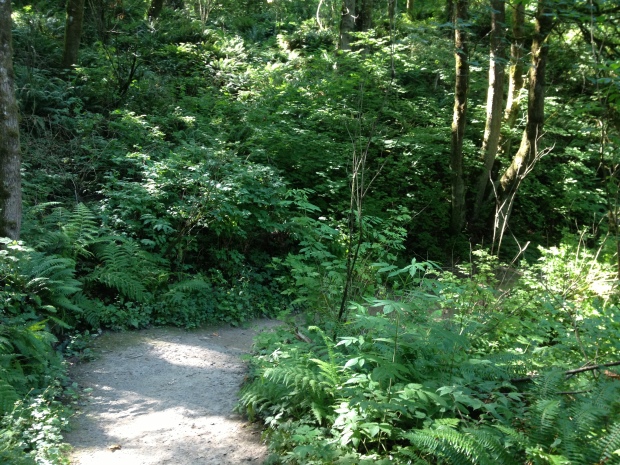 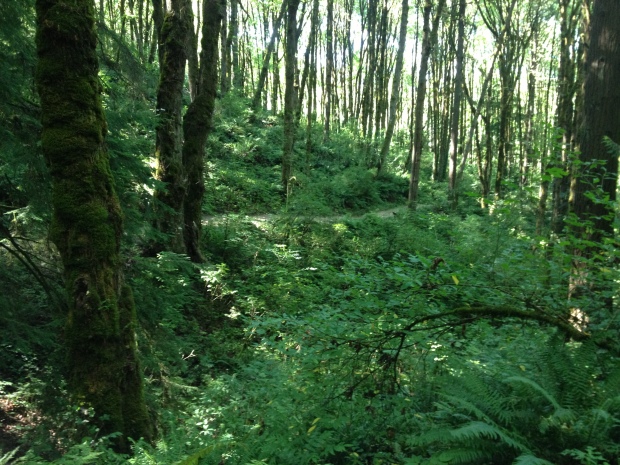 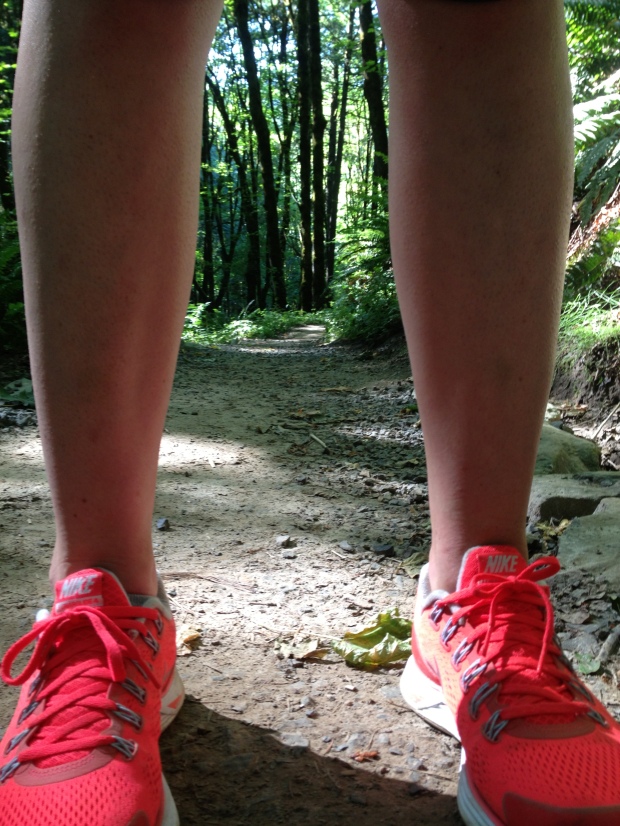